Why do so many people wake up one day feeling miserable about themselves?

Often it’s because they lack practices of self-love. They don’t think of themselves in kind or compassionate terms. And this shows up in how they care for themselves, express (or not express) who they are, in what career they choose,  and in how they really feel and serve every day.The key to loving life more is to love yourself more. But how do you do that in a way that isn’t self-absorbed? Try these three things:

Watch the rest of the video for the full training.

My new book is out! 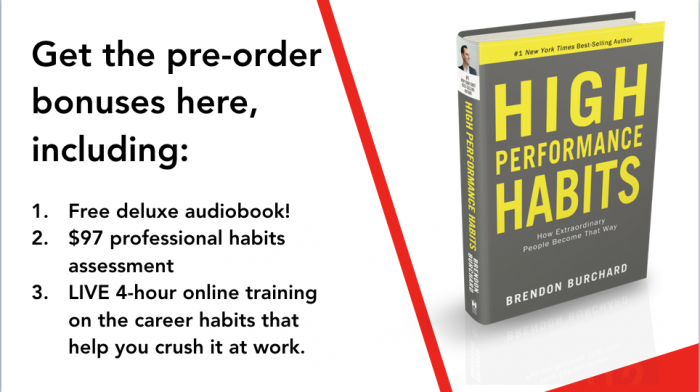 Complement this episode of THE BRENDON SHOW with these previous posts:
How to Believe in Yourself
Simple Time Management Rules
Opportunity Overwhelm? Do this.
How to Be More Happy 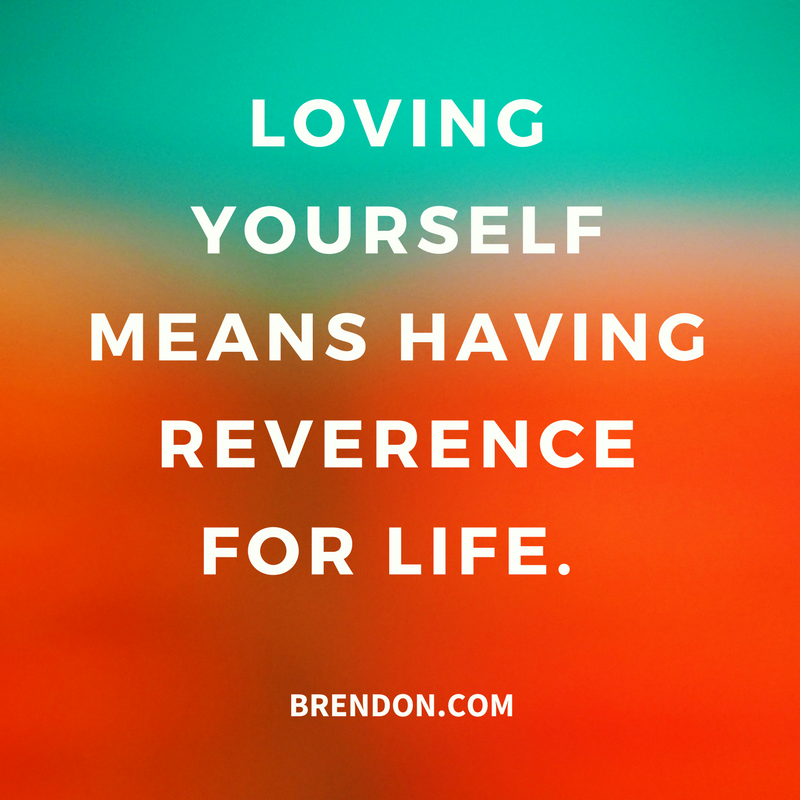 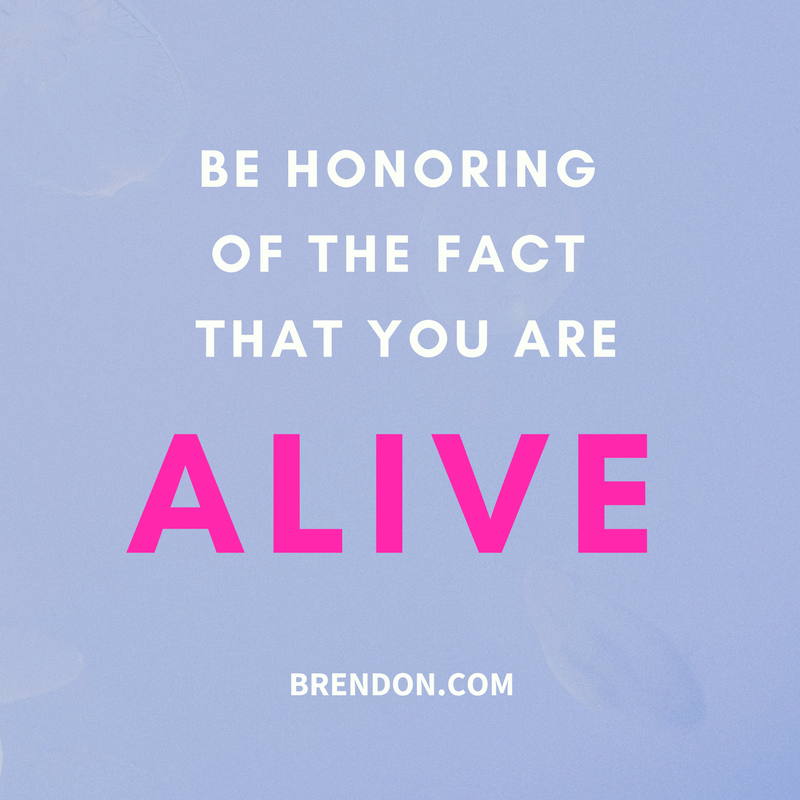 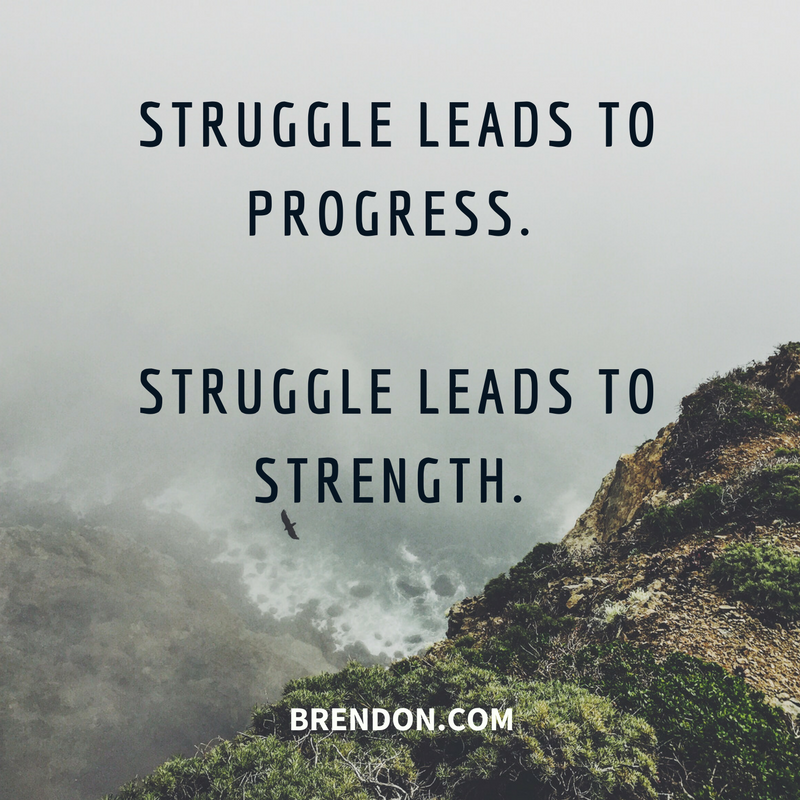 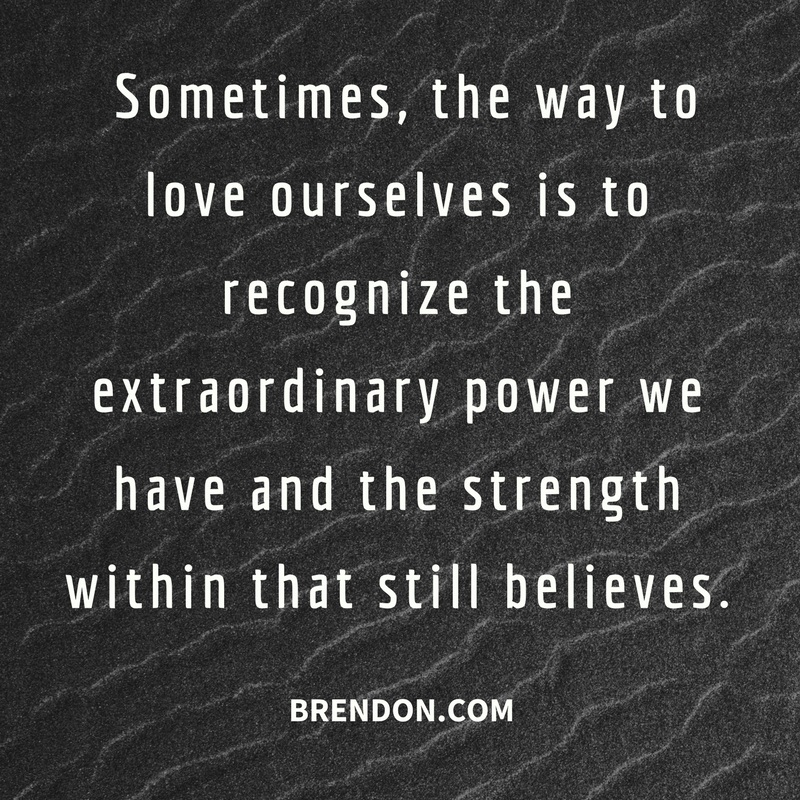 [The following is the full transcript of this episode of THE BRENDON SHOW. Please note that this episode, like all episodes, features Brendon speaking extemporaneously–he is unscripted and unedited. Filmed in one take, THE BRENDON SHOW has become one of the most viewed unscripted, direct-to-camera self-help series in the history of Youtube. (Please note, the first season of Brendon’s show was called The Charged Life). It has also been the #1 Podcast in all of iTunes and is regularly in the top podcasts in Self-Help and Health categories around the globe. Subscribe to the free motivational podcast on iTunes or Stitcher.)

So, I’d love to talk about that topic with you here and when I talk about love yourself, I always like to say love yourself – sort of. Meaning, there’s a lot of people who have a very high mind about themselves. They almost have too much self esteem or too much pride or such a level of narcissism that they’re almost, I mean they’re tilting toward that sociopathic level too. It’s just like, woah! They’re so confident in themselves and yet they’re bad at everything. So that’s not what I’m going to be talking about.

I think we should love ourselves spiritually.

Have a deep caring for the blessing and the gift that we have been charged with and that’s life.

Loving yourself is having reverence ultimately for life.

It’s not just about feeling good about myself. It’s a deep gratitude for the life that you have, which is hard because you see a lot of people who have a better life than you. I do. We all do. There’s lots of other people who appear to have better lives externally than we do. Maybe they have fancier cars or bigger houses or more money. Or maybe they just have better relationships or they look outwardly more amazing. Their amazing six pack abs on their Instagram is like wowing you.

It’s easy to start comparing yourself to other people and then feel down about yourself. But we have to remove other people from the equation about how we feel about ourselves.

We even have to remove at some point sometimes, our own stupid thoughts, our own bad actions, our own poor habits and we have to start with the fact, that whether you call it the universe, luck, chance, God, evolution, spirit, whatever you call it, you’ve been blessed with breathe. That you’re alive right now, the odds of that is so extraordinarily rare.

I really believe loving ourselves starts from a place of reverence for life.

So when people say love yourself, I go ‘Yeah, you know what, first love life. Be honoring of the fact that you are alive. Love yourself because you’ve been granted life. You’ve been given this gift of life. There must be a reason or purpose or a mission behind that. At least, that’s what I believe.

I believe in God. I believe in the fact that the odds of us all being here is pretty rare. That may not be your belief , and that’s totally cool, but what I really do hope is that you have a reverence for your life, an appreciation, a deep gratitude, a sense of enjoyment or enthusiasm that you’re alive. That’s where loving yourself has to start from. Outside of self, outside of others. Starting from that place, everything can turn for you in positive directions.

So, when I talk about loving yourself, I have three take aways for you today.

#1. Have a vision for yourself + be congruent with that vision. With that context, my first take away is, if you really want to love yourself, have a vision for yourself and be congruent with that person. That’s how you really love yourself. A lot of people hate themselves because they have a vision for who they really want to be and they’re never acting like that. They see themselves as an honest person but they’re lying all the time. So they hate themselves. They see themselves as a healthy person, but they choose junk food three meals a day and then they feel bad about themselves. I don’t think we need to hype up that person. I think that person should feel negative about their behaviors.

I don’t think it’s always good advice to run and say everyone should feel good about themselves for 100 percent of the things they do, because we lose standard setting in life that way.

There’s a lot of us who don’t want to feel the guilt of doing a bad job. But sometimes feeling that guilt allows us to do a better job. Sometimes we don’t want to feel bad for the behaviors that we did that hurt someone’s feelings but you know what, sometimes feeling bad about what you did that was wrong, can set you back on the right path. So I say, have a vision. Who do you want to be? And what I’ve tried to do in my own life, so that I care about myself and I respect myself, is say, okay, how do I want to be as a person in the world. What do I want to stand for? And then I say, how do I want to treat other people? And then I say, what would I have to grow into to serve at the next level? And then I aim my behaviors and my habits and my thought pattern, each and every single day to be that person, to treat people like that and to ultimately become that person I’m aspiring to be.

We’re never ever going be perfect, but if we can sense we’re progressing towards a higher ideal of ourselves, then we’ll love ourselves more.

#2. Give Yourself Credit. Number two, give yourself credit. And I know you always hear me talking about this in so many of my YouTube shows and that’s because people are so hard on themselves.

Sometimes, the way to love ourselves is to recognize the extraordinary power we have and the strength within that still believes.

It’s why when I sit down with people who’ve been through such extraordinary things around the world and my work as a motivational speaker and a trainer in high performance, I’ve dealt with the most difficult situations. People who are literally in their last days of life, people who’ve been disabled, paralyzed, lost jobs, lost spouses, lost kids. I mean, at this stage of my life, in my 40’s, having been doing this at the top levels for over a decade, I feel like I’ve seen most of it. Some difficult situations and some major hardships and when people describe those hardships and difficulties and strings of bad luck, the ones who I know will make it are the ones who can describe it and still have a belief that things are gonna get better. Who still believe in themselves, believe in their god, believe in their family, believe in their faith, believe in their goal, believe in their heart, believe in others. That those people, there’s still a kernel of belief there, and that thing never dimmed and even though it dimmed for a little bit, it came back stronger because they knew that the struggle would lead to progress. That the struggle would lead to strength. That the struggle caused the transformation for them to grow to that next level. And I’ll tell you, if you still have belief in your heart after all the hardships you’ve had in your life, I’ll tell you it’s so much easier to believe in yourself and to love yourself because you’ll give yourself credit.

But if you won’t give yourself credit, man, ain’t nobody gonna be able to do it for you. There’s no external person or reward, accomplishment, bank balance, new job, fancy car, new place to live, that’s going to help you love yourself.

Because wherever you go, there you are. So you have to learn to give yourself credit and still believe, and then it’s easier to care for yourself.

When I’m in a car with somebody and I see somebody get, like they’re driving and they get cut off and they don’t flip the bird to the other person, they don’t swear, they don’t beat the dash. They don’t cuss. They don’t lose their cool and I’m like, I respect that. There’s a lot of things you do that are amazing. But there’s also a lot of things that you’ve chosen as a good person not to do, that you should give yourself some credit for too. Notice that you didn’t scream when you coulda. Notice that you didn’t quit when you coulda. Notice that you weren’t an ass when it’s so easy when you’re surrounded by all these other people, who’re like that. But you didn’t go there. Notice when everyone else is negative, you kept a positive edge. Notice when everybody quit, you pushed harder. Notice when everybody else is bullying, you spoke up. There are things that you do and there are things that you choose not to do that make you a good person. And often, we only notice the big accomplishments. I want you to notice those small choices you don’t make that make you a good person. I want you to notice the small choices you do make that also confirm the best of who you are. Cause if you can do that, then you can start to love yourself more fully. We’re never ever going to love every aspect about every part of our lives and everything we do and that’s good because sometimes when we don’t feel good about something, it helps us adjust behavior. It helps us adjust mindset. It helps us be better for somebody the next day. Sometimes, a bad job or some guilt, helps us be better tomorrow. So I don’t think we always have to tra la la, everything’s perfect, I’m perfect. That’s not what the goal is. But the goal is to more deeply, connect with the best of ourselves. More deeply believe in the best of ourselves. More deeply desire to show the world the best of ourselves and if we do those things, we’ll start to love ourselves more too.