Nurturing Great Relationships
How to Let Go of Judgement
Unfocused? Find Your Why
The Power of Connection
Creating Relationship Boundaries 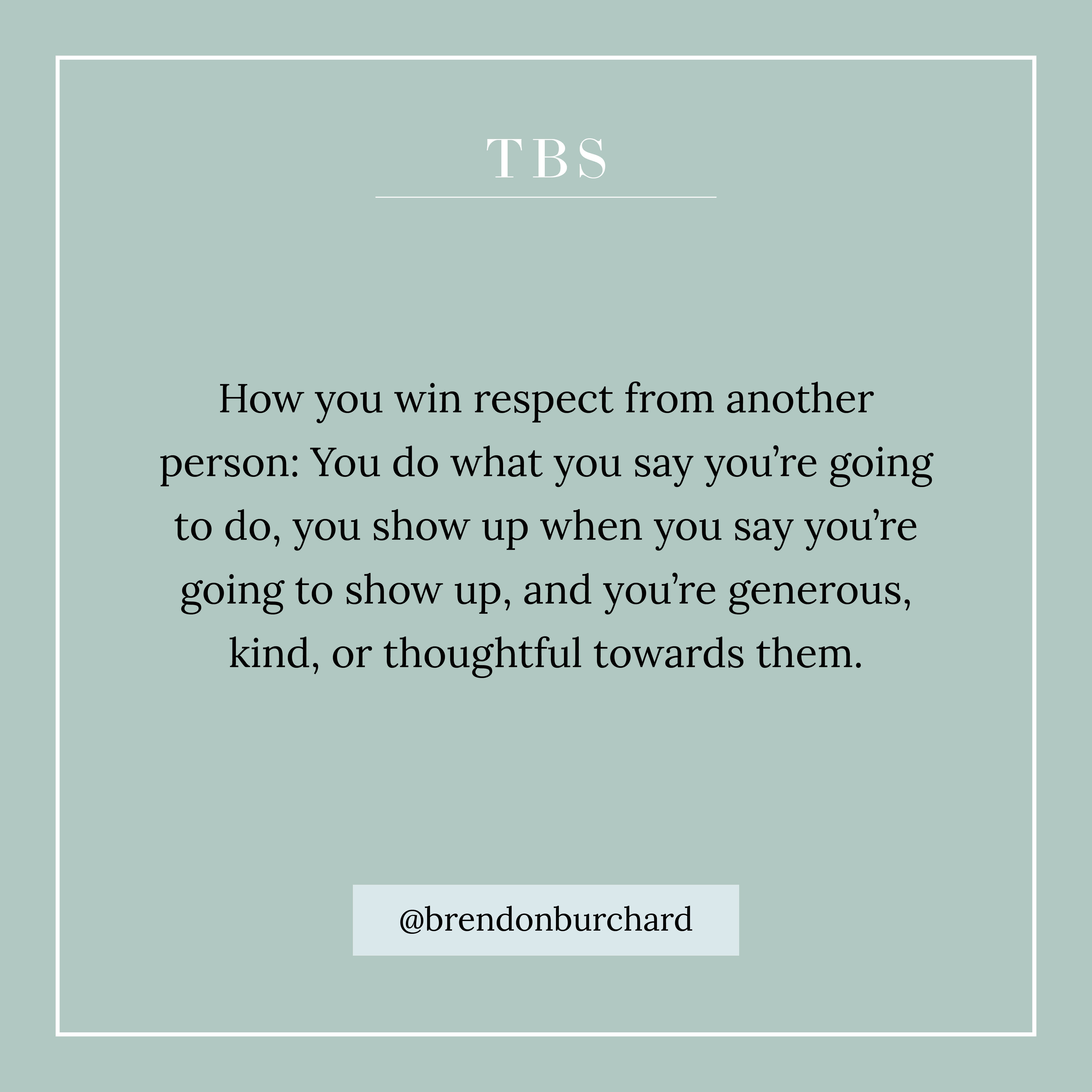 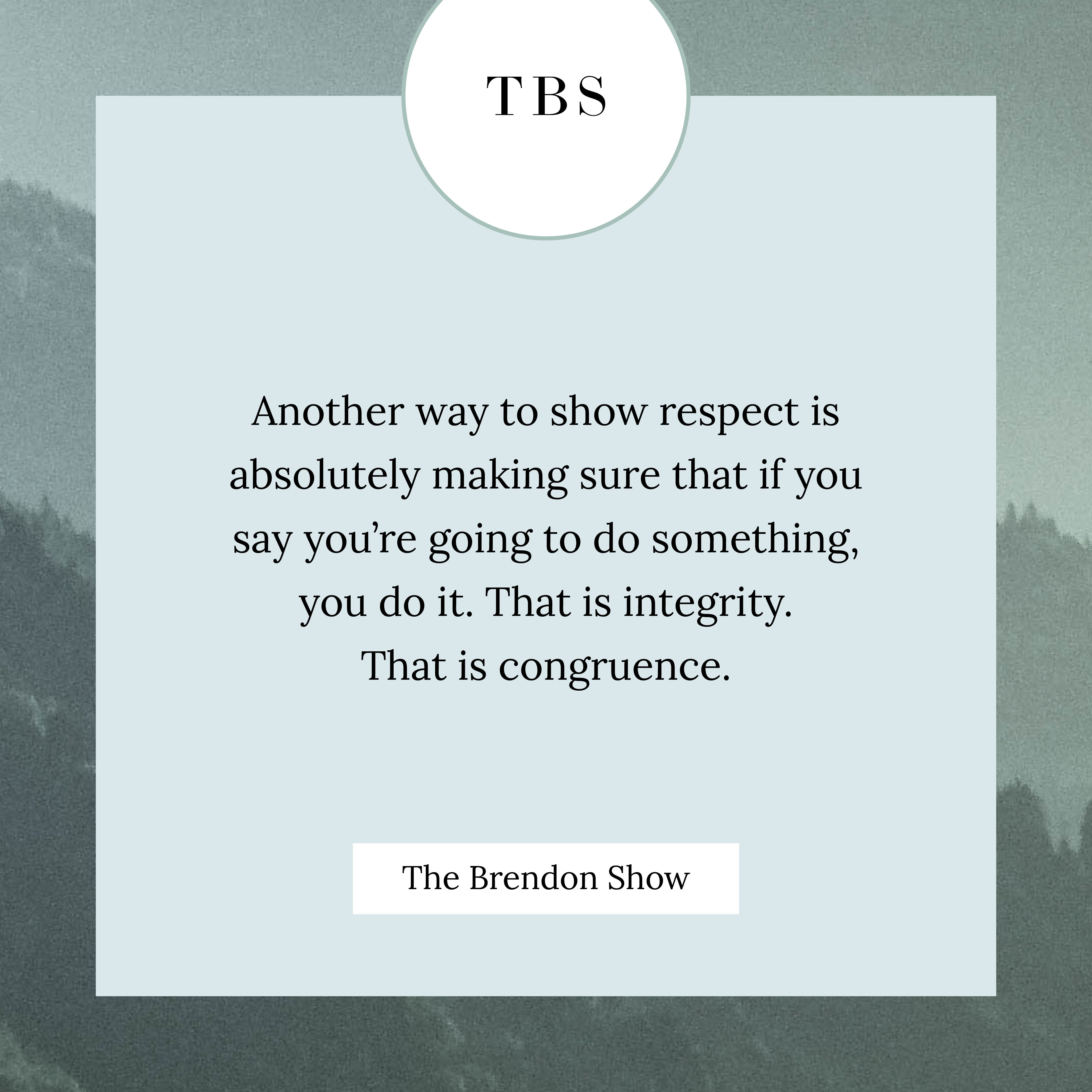 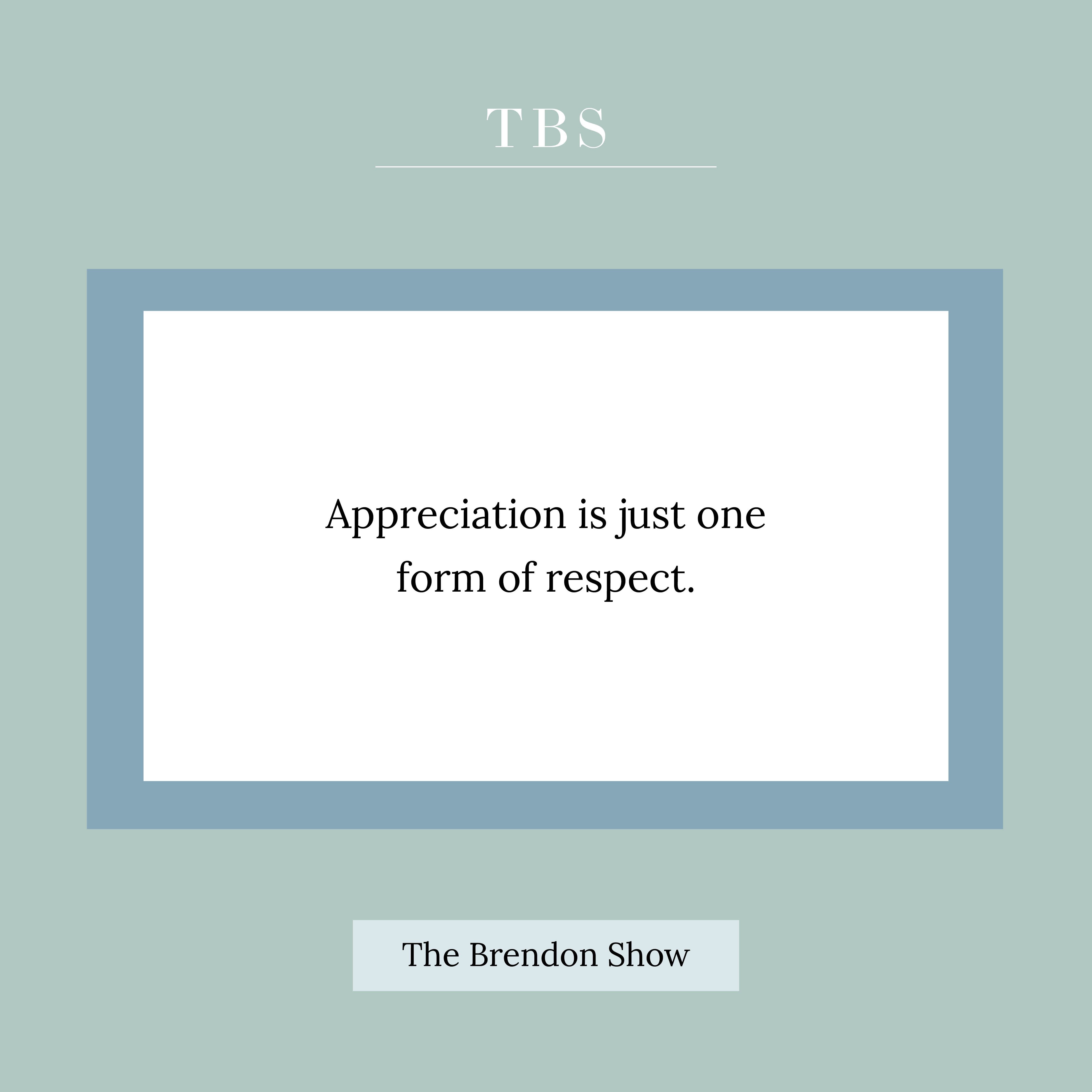 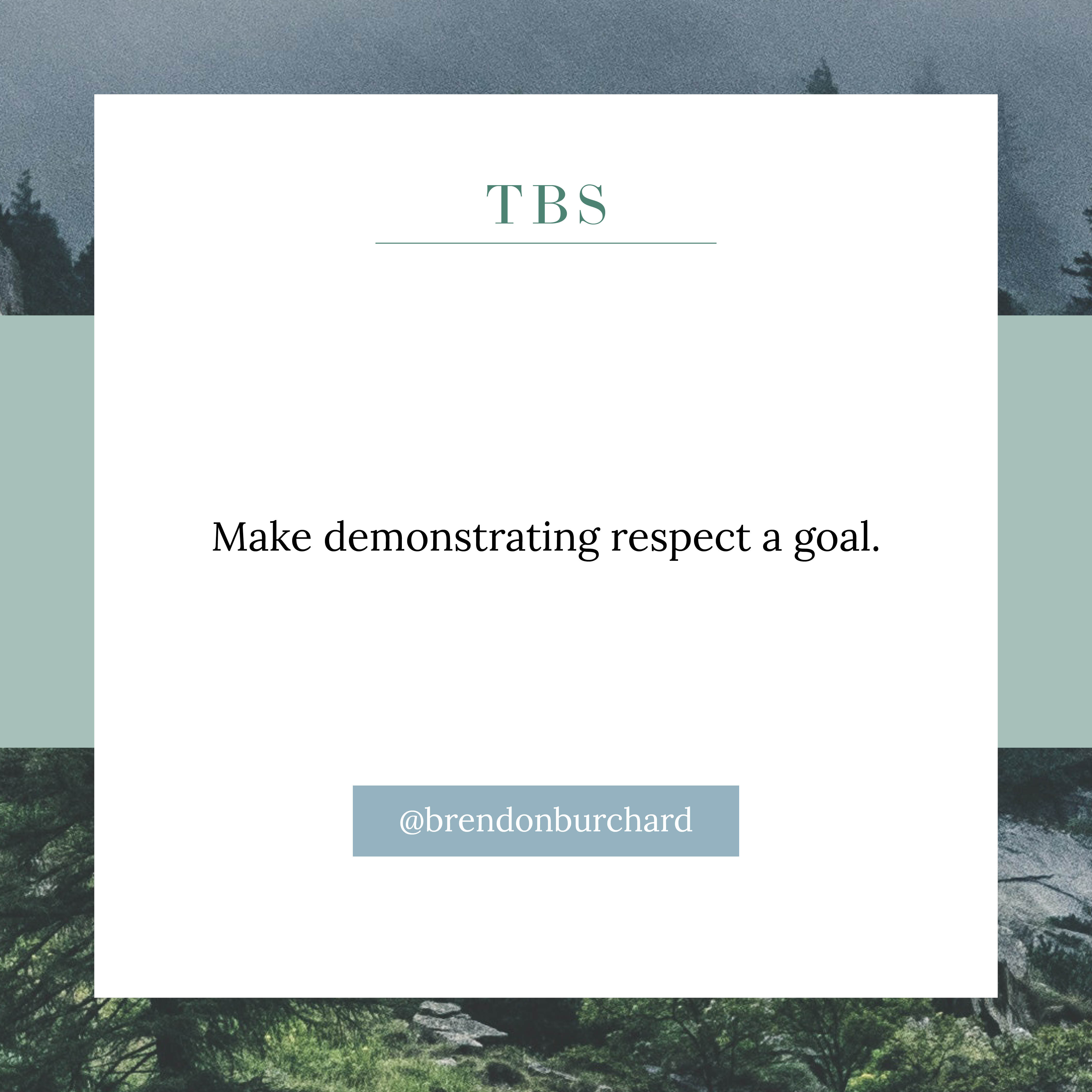 So here’s a simple scoring mechanism. And again, this might be a punch in the gut for some, but it’s so helpful. One to ten—one, you have not been demonstrating respect actively and consciously at all. 10, you actually think about it: How can I demonstrate respect to this person? And you think about it actively and consciously. That’s a 10. That’s like, “Wow, you’re amazing,” okay? One, you don’t even think about it. You’re just going through the motions or being disrespectful. 10, it’s like on your agenda to demonstrate respect.

Write down the five most important people in your life, or 10, or 15, however many you want. Write down the most important people in your life and score yourself. Have you been demonstrating respect? One is no. 10 is yes. But then what I’ll have you do is just scratch out real fast, just write what’s something you do respect about them that you could communicate and tell them? That’s what I mean by that, demonstrating respect. I didn’t ask you to have respect of them, I said demonstrate it to them. Demonstrate your respect for other people, demonstrate it. I tell myself this before almost every major meeting I have. I say, “respect the people in this room. Respect the people in this room.”
Something my dad taught me: respect other people. So I try to actually verbalize it. I try to communicate it. I try to do things that show it. And if you were one of my friends and you knew me, none of my friends or none of my family questions whether or not I respect them. Everyone knows it. If you’re in my inner circle and I have respect, you know it, you know it.

Now here’s the issue, the funny thing is this new generation, and when I say new generation, I mean people alive today. I don’t mean millennials or generation X, or Y, or whatever. I mean if you’re alive today, respect is not a word that’s actually used that often. People prefer other words that are easier. And that’s nice. And yet, that’s why there’s no depth in their relationship, you know?

There’s lots of other things that we could say that we want. Even oh, look, look. Even Odile said, she said, “I like I appreciate better than I respect.” I understand that, and that’s a good thing. But respect is something that they need demonstrated and said—all people. I understand that that might be your approach, but appreciation is just one form of respect. And I think that we need to put that word back in front of us again. We need to make it a goal. Make that a goal.

So what could you do for your spouse or someone that you love to show your respect for them or to explain to them that you respect their work, their effort, their values, their heart, their commitment? My wife, she knows I respect her more than any other person alive. There’s no question. There’s no lack of respect ever in our relationship, even when we have fights. And we’re going to talk about that later because the number one way to quickly make a conflict be worse is do something so that the other person feels like you don’t respect them. When respect is gone, there’s almost nothing else you can do. You can placate, you can say nice things, you can write them a gratitude note, but if they don’t feel respected, that’s trouble.

So, how do you demonstrate respect to your spouse?

First, you speak respectfully of your spouse to other people in a way that your spouse can see it. Literally say the words, “I really respect my wife’s heart, her giving, her thoughtfulness, her care.” Say the words, “I respect this person for these reasons,” and say it around other people, so the person’s like, “Wow, that was so nice of you, that was so kind of you.”

Now I know many of you are going to say, “But Brendon, take it easy, man. You don’t have to feel disrespected about that.” But that’s my immediate impulse. It doesn’t mean I freak out about it or go crazy. I’m just saying that to me, it’s not a show of respect. Show of respect is cheering it on, or jumping in the conversation, or aligning with it and creating something together. Now for Denise, that’s not a big deal to her. She’s happy to jump in in any conversation. So we have different ways.

Another way of respect, as I said before, is absolutely making sure that if you say you’re going to do it, you do it. That is integrity. That is congruence.

I’m defining it here as respect to your partner. If you promised your partner something, show up. Said you’re going to do it, do it. Promised to be there at that time, get there on that time. It’s not that we don’t all struggle with those things, but you being congruent with what you promise is a real big thing, right? Someone asked, Tara asked, “How do you get respect back if you feel that it’s been lost?” You start, number one, by honoring your commitments. If you say you’re going to… The way to get someone’s respect back is be kind and thoughtful towards them and do what you say you’re going to do. That’s how you get it back.

Also, the way that people feel respected is to be heard. So learn to reflect back what they are saying to you accurately. And I really work on this one. It’s like learning to—if Denise says something, I listen to the words with precision of what she says, and I reflect those words back, not my words, not my take, what she said. ‘Cause when people feel, that’s big. When people feel you say, “Oh, yeah, he heard what I said,” they feel respected. So you got to work on that one, too. And listening to other people, being thoughtful towards other people, doing what you say, all those things are so obvious, and that’s why I say make demonstrating respect the goal.